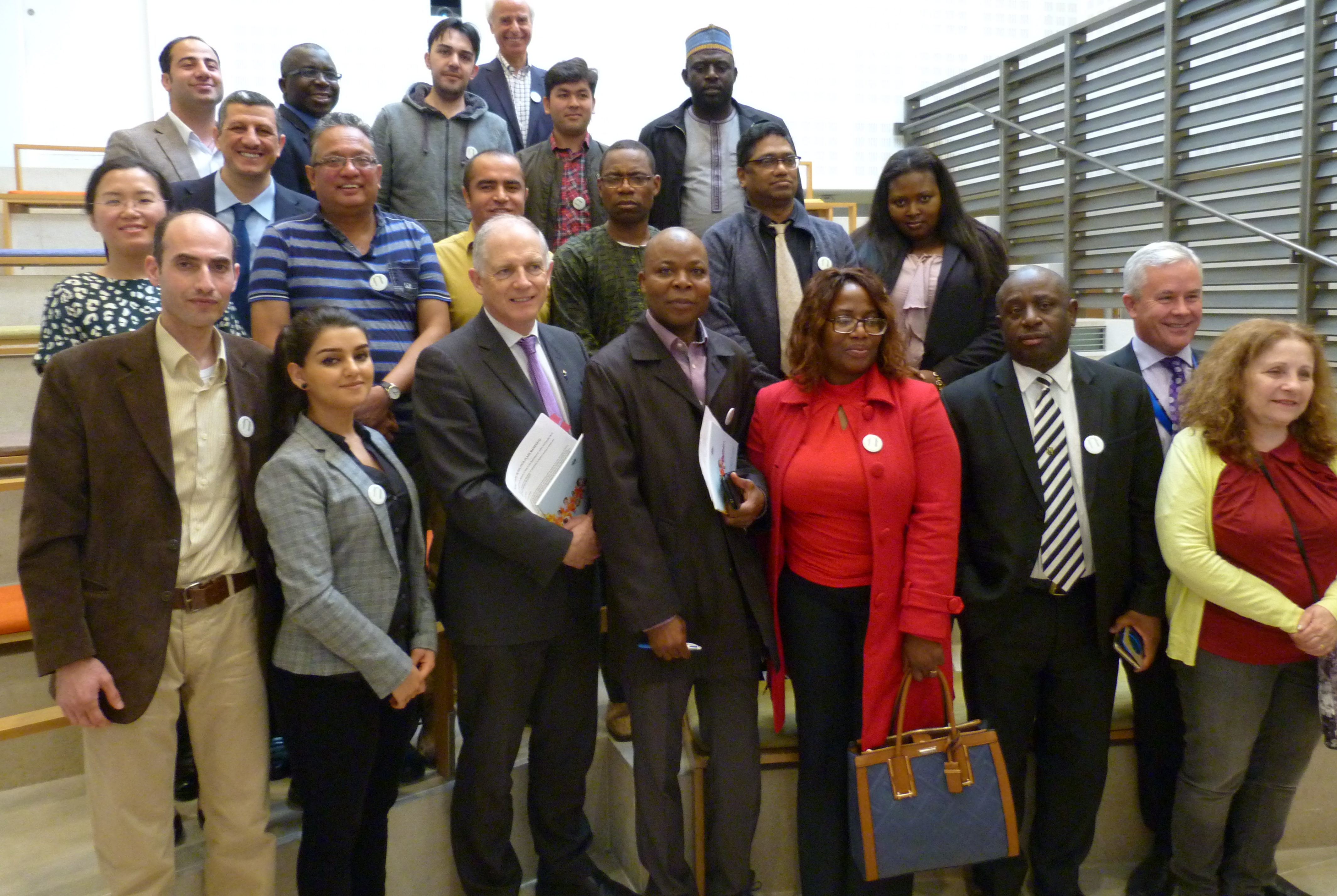 Places of Sanctuary Ireland groups and members from Dublin, Waterford, Portlaoise, Newbridge, Drogheda and Ballaghaderreen, most of them graduates of the Sanctuary in Politics courses, gathered in Dublin’s Leinster House on Wednesday 17th May to make history with the first ever Sanctuary in the Oireachtas.
Our hosts were David Stanton TD, Minister of Justice with special responsibility for Equality, Integration and Immigration, and the leader of the Green Party, Eamon Ryan TD. The Dublin group had worked together to write a class manifesto around five broad themes: safe passage for refugees, access to English language teaching, access to third level education, the right to family reunification and the right to work. 12 speakers from Dublin and Waterford prepared speeches on these themes which they presented firstly in a private meeting with Minister Stanton and then in an open meeting convened by Eamon Ryan which was attended by TDs and senators from a range of parties.and at least one senior Department of Justice official. The politicians and decision makers listened carefully, took notes and responded, and a dialogue and platform for continuing the conversation was created. 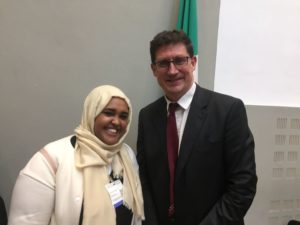 It was a wonderful way for our students to feel empowered and to know that all the hard work they put in on the course was bearing fruit. Many of them had written to their local TDs to invite them to the event, and in this way the course participants were able to meet and discuss with their political representatives from Dublin, Kildare, Waterford, Roscommon and elsewhere. The message that came over again and again was:-, “We love Ireland, we are grateful for the welcome, we want to contribute – please open the doors for us to be able to do that”. The organisers stood back and listened to people from a dozen different countries and cultural backgrounds speak powerfully and articulately in the seat of politics and government in Ireland. Refugees who have fled oppressive regimes were amazed at the opportunity to sit and engage with leading politicians and officials. We were delighted to have people from other refugee organisations, the Department of Justice and elsewhere come along to watch, listen and support. The event was covered by both RTE's Drivetime and the Irish Times.
After the meetings at Leinster House, everyone went to Trinity College where our friends in the Irish School of Ecumenics were ready with a shared lunch for everyone. This was an opportunity for people from the different groups to get to know each other and build new friendships. The overwhelming feeling was the need to build on the momentum of what had happened. Decision makers in the Irish parliament want to hear more from us, they take our voices seriously. It is up to us to keep that dialogue going.
Many thanks to Eamon Ryan TD, his staff and the Dublin group for organising such a successful and significant event-. Thanks are also due to Minister Stanton and his staff, and to John Roycroft, Principal Officer of the Irish Refugee Protection Programme, who attended both meetings. 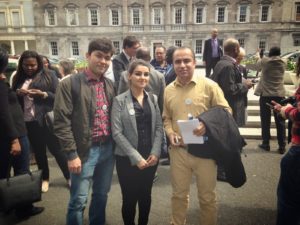 Our students from Afghanistan connecting to each other. 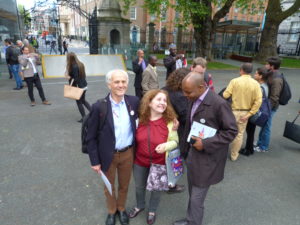 Everyone feels delighted and empowered by the event.

Past Newsletters and signing up 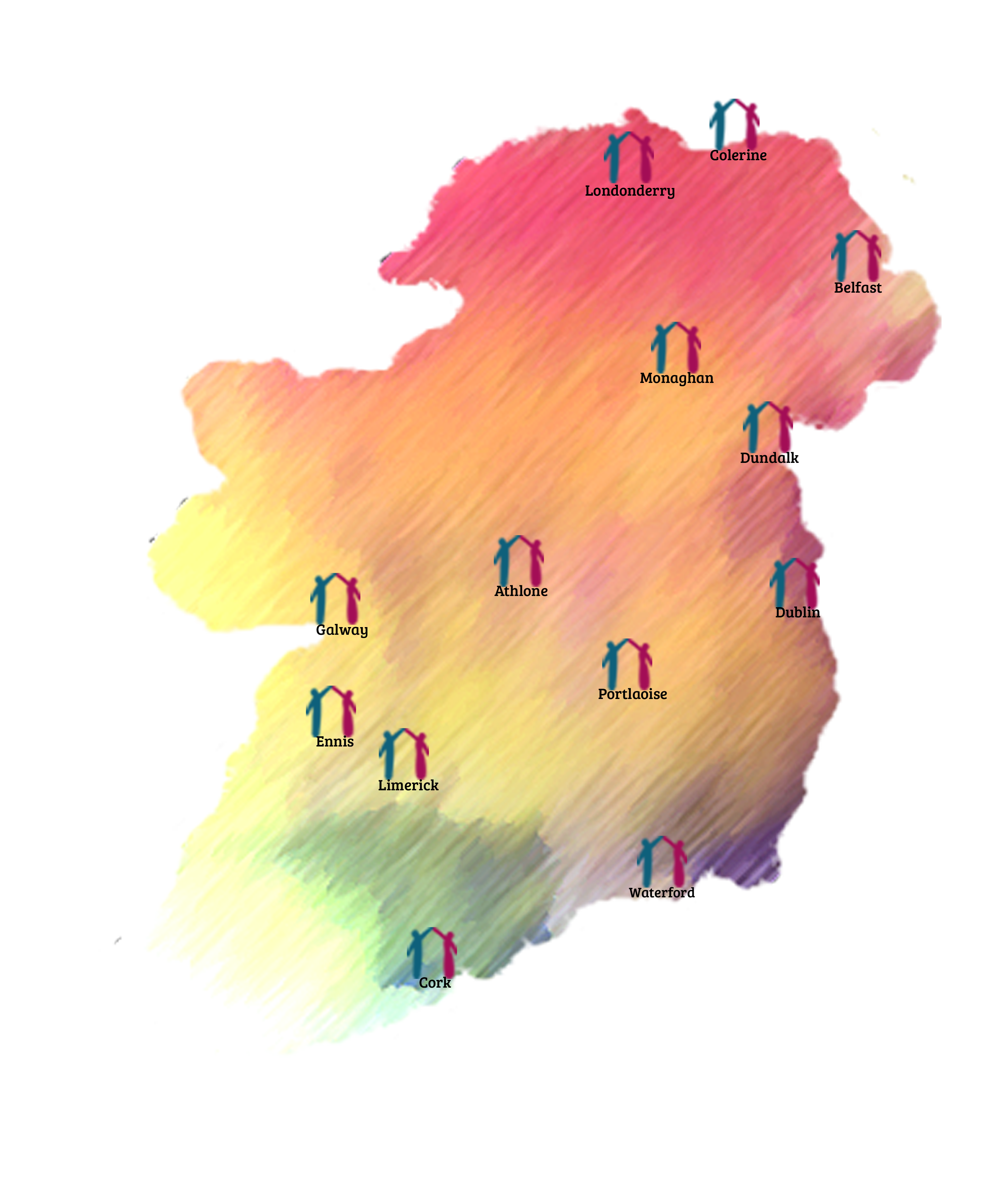